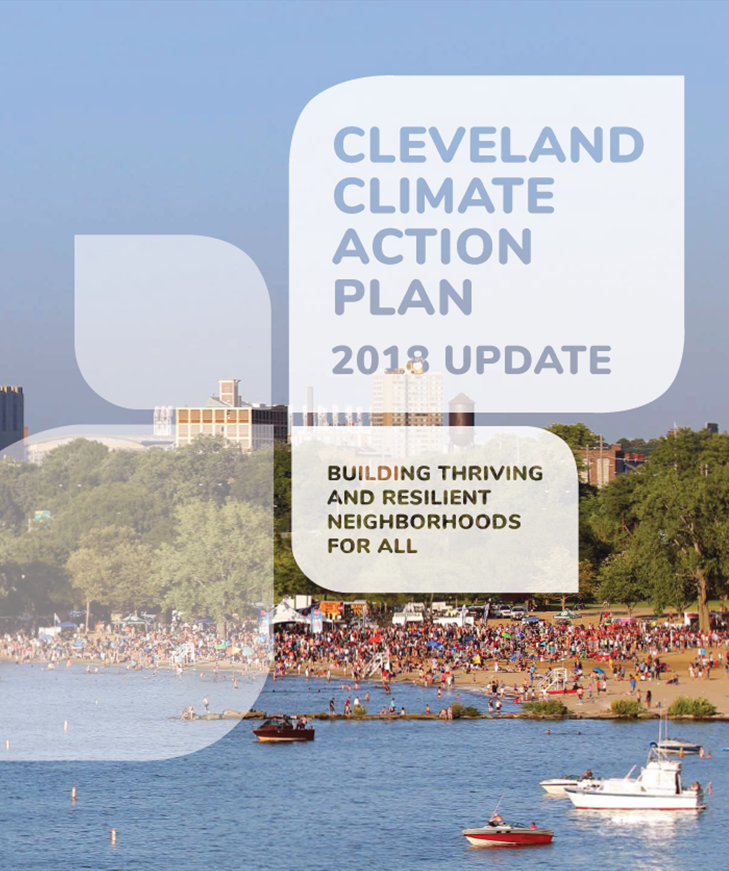 When the U.S. pulled out of the Paris Climate Agreement in 2017, it became clear that leadership from local government, businesses, and civic institutions is needed now more than ever. To re-affirm our commitment to climate action, the City of Cleveland, along with 400 other "Climate Mayors" across the country formed a bipartisan network of climate leadership through meaningful actions in their communities. Representing 48 states and 74 million Americans, the Climate Mayors coalition reflects U.S. cities’ commitment to climate progress. (see video from 2017).

Collectively, we've made progress since the first Cleveland Climate Action Plan launched in 2013. We've reduced carbon pollution while growing the economy. Water quality and air quality have continued to improve. The City has been recognized for supporting solar and wind energy. More than 70 miles of bike infrastructure were installed and the bike share system launched (UHBikes). Dozens of organizations launched and are now implementing the Cleveland Tree Plan. The Cleveland Climate Action Fund supported more than 50 resident-led, neighborhood-based projects. And as reported by Destination Cleveland, the number of Clevelanders who would recommend the city as a place to visit has more than doubled.

Despite this positive momentum, we know much work remains to scale up across all focus areas (see image to right), and to ensure those most in need enjoy the benefits of climate action. This CAP update builds off the previous work by firmly establishing a series of cross-cutting priorities: (1) social and racial equity, (2) good jobs, green jobs, (3) resilience to the impacts of climate change, and (4) business leadership.

This plan is about much more than climate change. The actions in this plan are meant to strengthen our economy, clean our environment, and improve the health and wellness of Clevelanders. 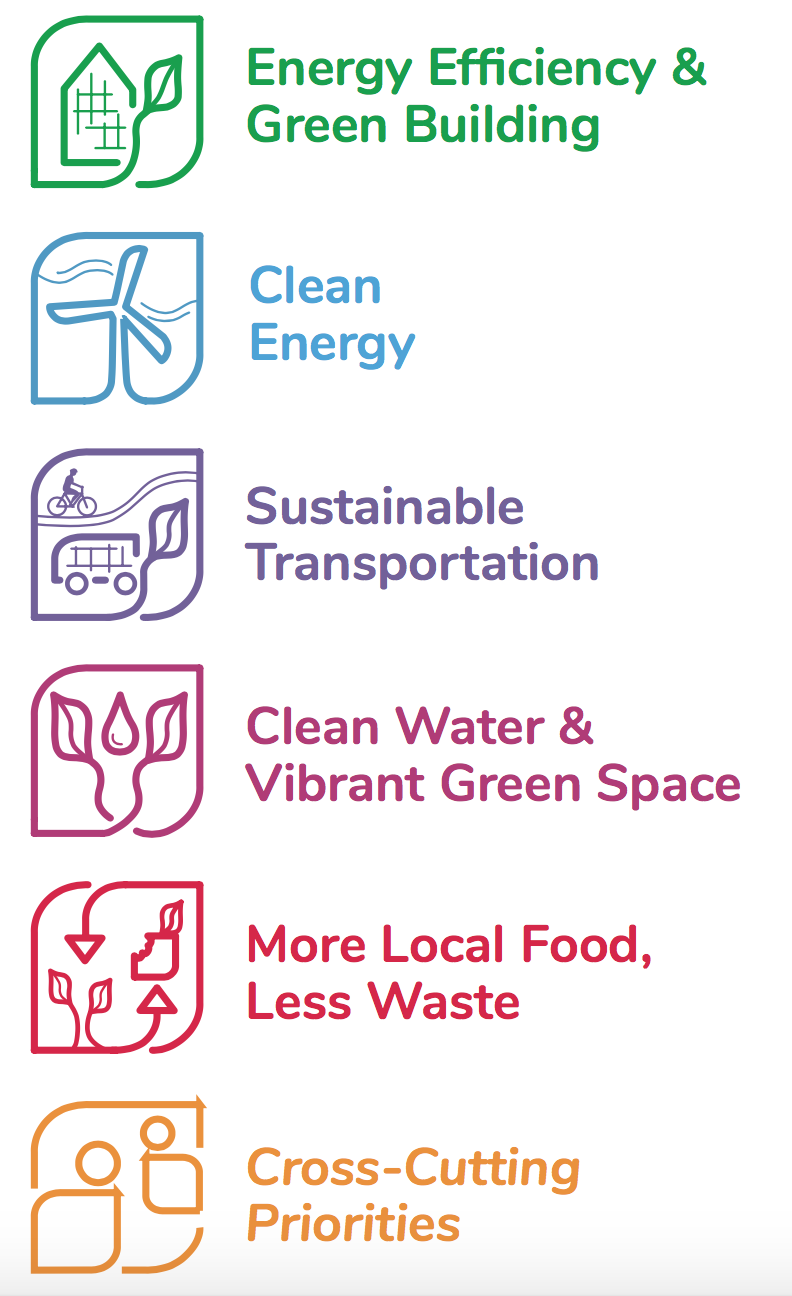 This CAP update has also prioritized engagement. A big thanks to the 90+ members of the Climate Action Advisory Committee, the 300 resident leaders who participated in our 12 neighborhood workshops, those contributing to the 200+ comments we received on during our public comment period, and the plan's core team and technical experts: Cleveland Neighborhood Progress, ioby, Brendle Group, Racial Equity Institute, BrownFlynn, Cleveland Urban Design Collaborative, and the University at Buffalo. Finally, thanks to our funding partners for their guidance and support, including the Funders’ Network for Smart Growth and Livable Communities, the George Gund Foundation, and the Cleveland Foundation.

The City of Cleveland has been recognized for its commitment to advancing climate action in three key areas: reducing greenhouse gas emissions, identifying and adapting to the risks associated with climate change, and increasing access to clean and affordable energy.

Cleveland’s commitment to the Global Covenant of Mayors connects us with the broadest global alliance committed to city climate leadership, building on the pledges of over 10,500 cities and local governments from six continents representing more than 900 million citizens worldwide.

Get support and help fundraise for your neighborhood project with In Our Backyard (ioby) and Neighborhood Connections.

*The Cleveland Climate Action Plan is updated on a 5-year cycle. A new update will be released in 2023.