The first phase of a bike share system will launch in Downtown Cleveland and University Circle in mid-July.

On May 14th, University Hospitals announced its system sponsorship which will be called UH Bikes. The initial launch will have about 200 bikes at 30 stations with a goal of expanding to about 700 bikes at 70 stations by 2020. 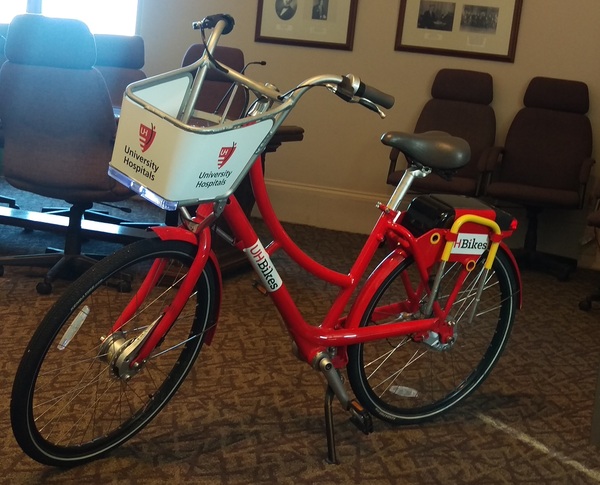 UH Bikes will be operated by CycleHop, which runs bike share programs in Florida, California, Arizona and Canada. The SoBi "smart bikes" will have GPS and locking systems that let riders check in a bike anywhere, not just at bike share racks.

Users will be able to use their smart phones or credit cards to use a UH Bike. Bike Cleveland is also working with Cleveland Public Library to create access for people without a credit card to use the system.