Tree Canopy is the layer of branches, leaves, and stems of trees when viewed from above. Tree canopy provides many benefits to communities, including increased property values, decreased stormwater runoff, energy savings, reduced urban heat island effect, reduced stress, and more. In 2013, Cuyahoga County conducted a tree canopy assessment that measures Cleveland’s tree canopy at 19.2%, well below the County average. To help become the “forest city” once again, the City of Cleveland collaborated with four local non-profits and a wide range of stakeholders to develop the Cleveland Tree Plan.

On Arbor Day 2017, Mayor Jackson joined the Cleveland Tree Coalition to announce Cleveland's new tree canopy goal. With the help of residents, businesses, and community organizations, the city's tree canopy will grow from 19 percent to 30 percent by 2040, with the long-term goal of reaching 40 percent canopy. 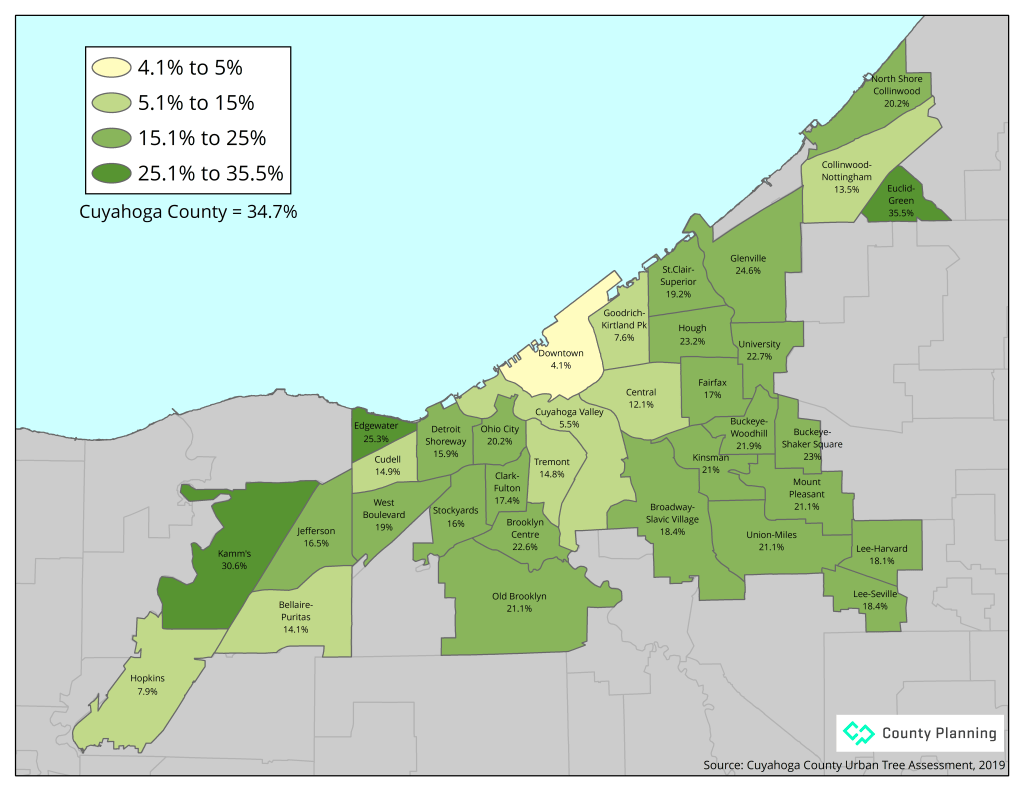 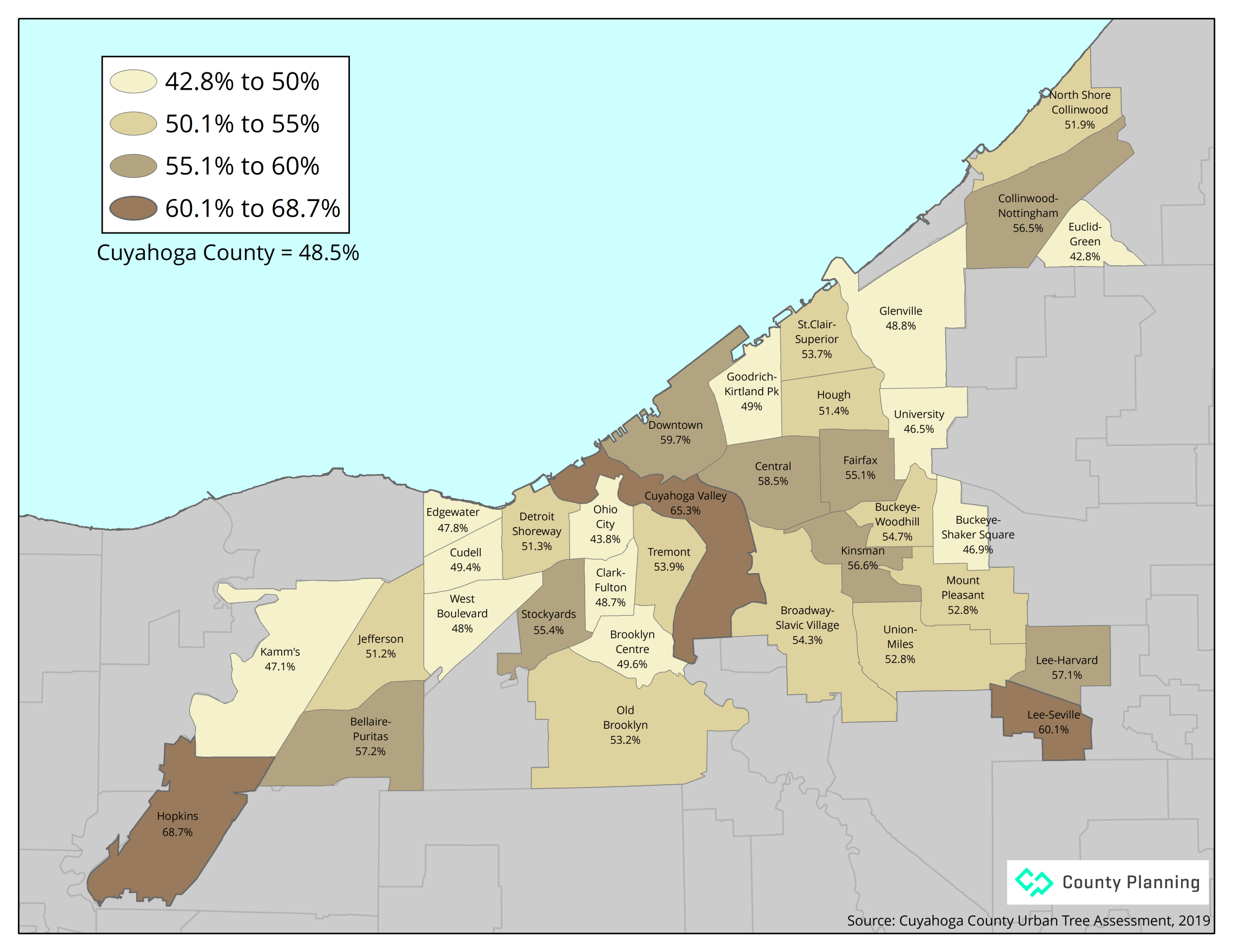 Only the heavily urbanized Downtown and Cuyahoga Valley neighborhoods showed increases above the countywide margin of error of +/- 1.5%. Cuyahoga Valley showed an increase of over 10%, though it is among the lowest in existing tree canopy overall. 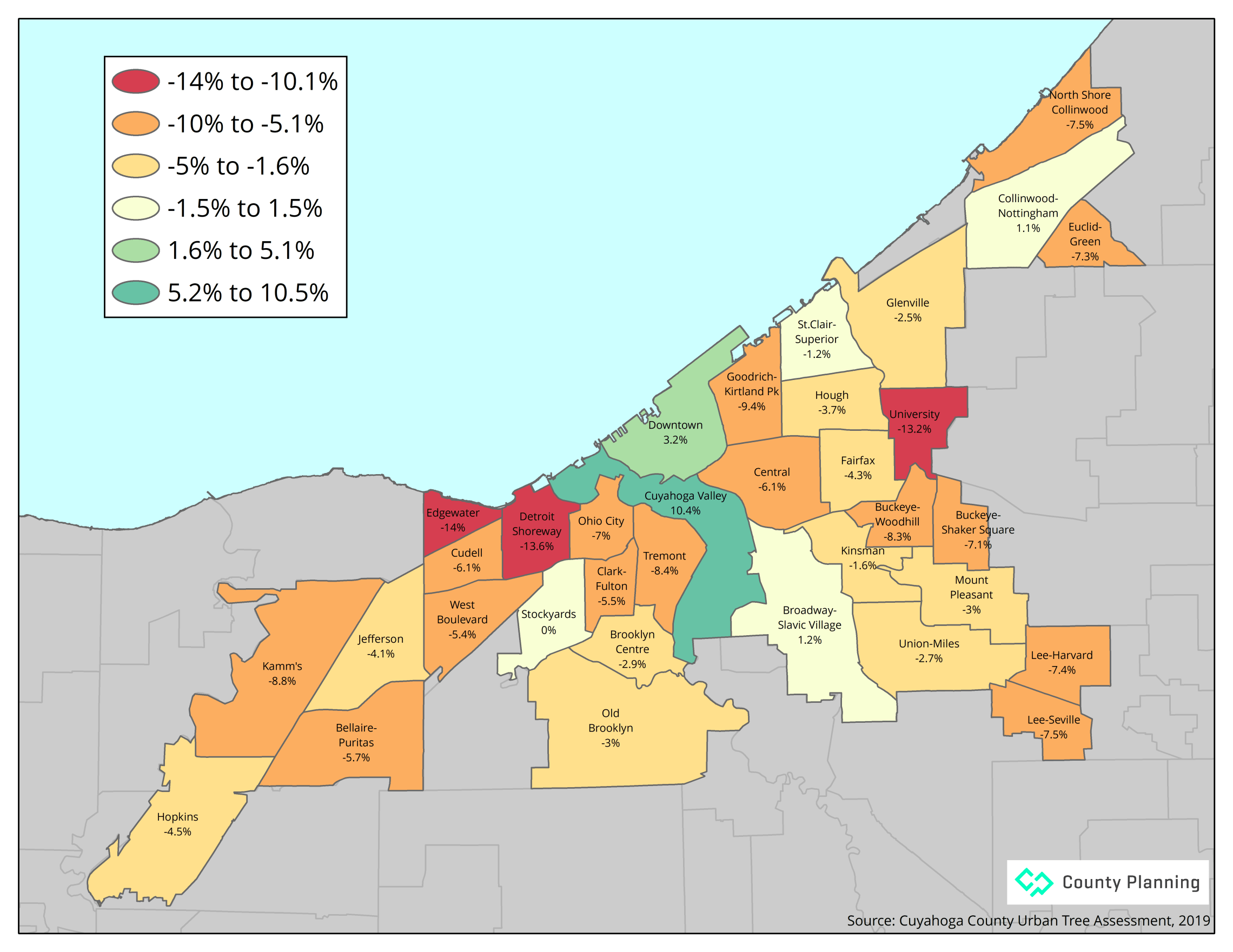