Erie Hack was a $100,000 competition, run by Cleveland Water Alliance and DigitalC, that activated over 200 techies, creative thinkers, and entrepreneurs from six cities in the U.S. and Canada to tackle Lake Erie’s key challenges with creative tech solutions. Though just in its first year, the program engaged over 100 partner organizations and attracted coverage from over 150 press outlets globally as it put the region’s best minds to work for our most precious resource. Now Cleveland Water Alliance, DigitalC and an ecosystem of community partners are accelerating the best and brightest of the teams as they work to put Lake Erie on the map as a hub of water innovation. 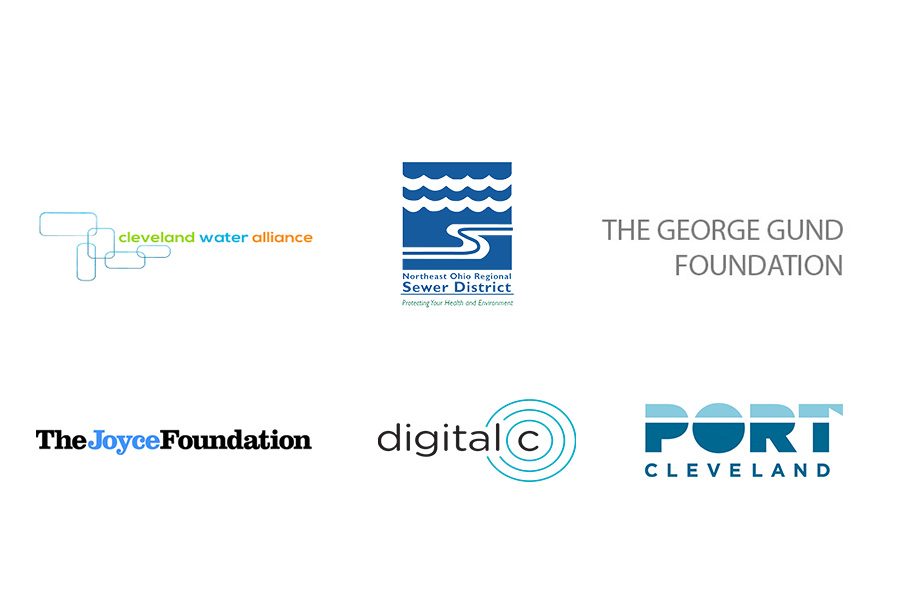 The Cuyahoga County Board of Developmental Disabilities' advocacy group called SOUP, the Stir One Up Program, is partnering with the NE Ohio Regional Sewer District to collect plastic grocery bags to both benefit the environment AND help the homeless. Both agencies are collecting plastic bags at their locations and the bags are cut into strips and crocheted into mats that homeless people can utilize. For more information, please feel free to contact Amy Smith, Advocacy and Community Outreach Coordinator at the Cuyahoga County BDD at [email protected]

Great program -- thanks for sharing!

The U.S. Environmental Protection Agency has recognized Cleveland State University as an Individual Conference Champion of the 2016-17 College & University Green Power Challenge for using more green power than any other school in the Horizon League. CSU beat its conference rivals by using 18 million kilowatt-hours (kWh) of green power, representing 30 percent of the school’s annual electricity usage. According to the U.S. EPA, CSU's green power usage is equivalent to the electricity use of more than 1,600 average American homes annually.

CSU has also been honored with the U.S. Environmental Protection Agency’s Green Power Partner designation for their green energy purchase.

Thanks Ricky - one tree at a time!

The Cleveland 2030 District is a non-profit organization with a mission to engage progressive property owners, professional partners, and community stakeholders to create a dramatically efficient built environment in Cleveland. Cleveland is one of 15 cities across North America supporting Architecture 2030’s Challenge for Planning, which calls for 50 percent reductions in energy and water consumption as well as CO2 emissions from commuter transportation by the year 2030. In fact, Cleveland was the second District founded after Seattle, and grew out of a working group of Sustainable Cleveland 2019.

2016 has been a successful year for C2030D. In 2016 we added 10 more Property Adopters and over three million square feet of commercial space. At year-end, we had the commitment of a total of 50 Property Adopters representing 179 buildings and over 40 million square feet of participating properties. This is a 36% participation rate in our combined Downtown and University Circle boundaries. As of May 2016, 2030 properties with accurate and complete Portfolio Manager accounts were performing at a 21.33% reduction from baseline, which hits our 2020 target of a 20% reduction four years early. Collectively, these properties reduced carbon emissions by 70,430 metric tons, the equivalent of removing 14,877 cars from the road for one year.

We worked closely with the City’s Office of Sustainability this year to promote the Year of Sustainable Transportation and encourage our members to take the Commuter Choice Challenge and attend related events. We successfully set a baseline for measuring reductions in commuter transportation emissions and launched our Transportation Survey to track progress from this baseline both at the individual building level as well as District-wide.

In 2017, we will continue to develop our water baseline and further integrate water consumption into our performance benchmarking.

In 2016 we formed a collaborative joint programming initiative. Cleveland 2030 District, COSE, ASHRAE, AIA, NEO USGBC and the City of Cleveland offered six educational sessions that were all a huge sell-out success. Keep an eye out for the Building Education Series 2017, presented by the same six organizations on topics ranging from retrofits for historic buildings to project financing options. We are already working to plan our 2017 green building tour series in collaboration with USGBC, which was also hugely successful in 2016. These tours will begin in the spring and last throughout the fall, and tend to feature the great work of Cleveland 2030 District Property Adopters.

We also collaborated with Cleveland State University to give engineering students hands on experience in performing energy audits. Two of Cleveland 2030 District’s properties received an audit from the students led and supervised by their professors. We hope this will become a standard part of CSU’s curriculum and that we can partner on more audits in the future.

Thanks for the update, and congrats on a fantastic 2016!

Thanks to NOACA for leading this important update! Our bike infrastructure has changed a lot in recent years and this map captures that.

Second grade students in select schools across Cleveland now learn to walk and bike safely as part of their physical education class. Through a 5-module curriculum, students practice safely crossing the street, starting and stopping on their bicycles (using brakes, not feet!), fitting and wearing a helmet properly, riding in a predictable manner, turning safely, interpreting and reacting to traffic and road signals, navigating unexpected path barriers, and having fun while walking and cycling safely.

The program pilot was designed by Cleveland Safe Routes to School in partnership with the Ohio City Bike Co-op and Bike Cleveland, with support from the Saint Luke's Foundation. It has already reached over 300 second graders, with plans to expand to more schools in the coming months.

Great success, Calley. Thanks for all your amazing work on Safe Routes to School!

We have built a jobs program that employs our residents in the fight against blight, harvesting materials before demolition, installing green projects after demo, and rehabbing salvageable homes.

Important project - Thanks for submitting Matt!

Motivated by beauty, nature and authenticity, Willow Room Salon aims to encourage these same values in each person they meet inspiring them to live a sustainable and holistic life. In 2014 they participated in THE ECO SALON CONTEST a worldwide competition launched by Davines. Not only were they runner-up for the ECO SALON DESIGN award they were also introduced to Green Circle Salons and have been upping their green game ever since. The salon is nearing zero waste by recycling all hair clippings, excess color, foils and color tubes. These items are then sent to GCS where they are responsibly cleaned and reused. Not only does this help divert dangerous chemicals from our water supply, but your hair could potentially be used to soak up oil spills in our oceans!