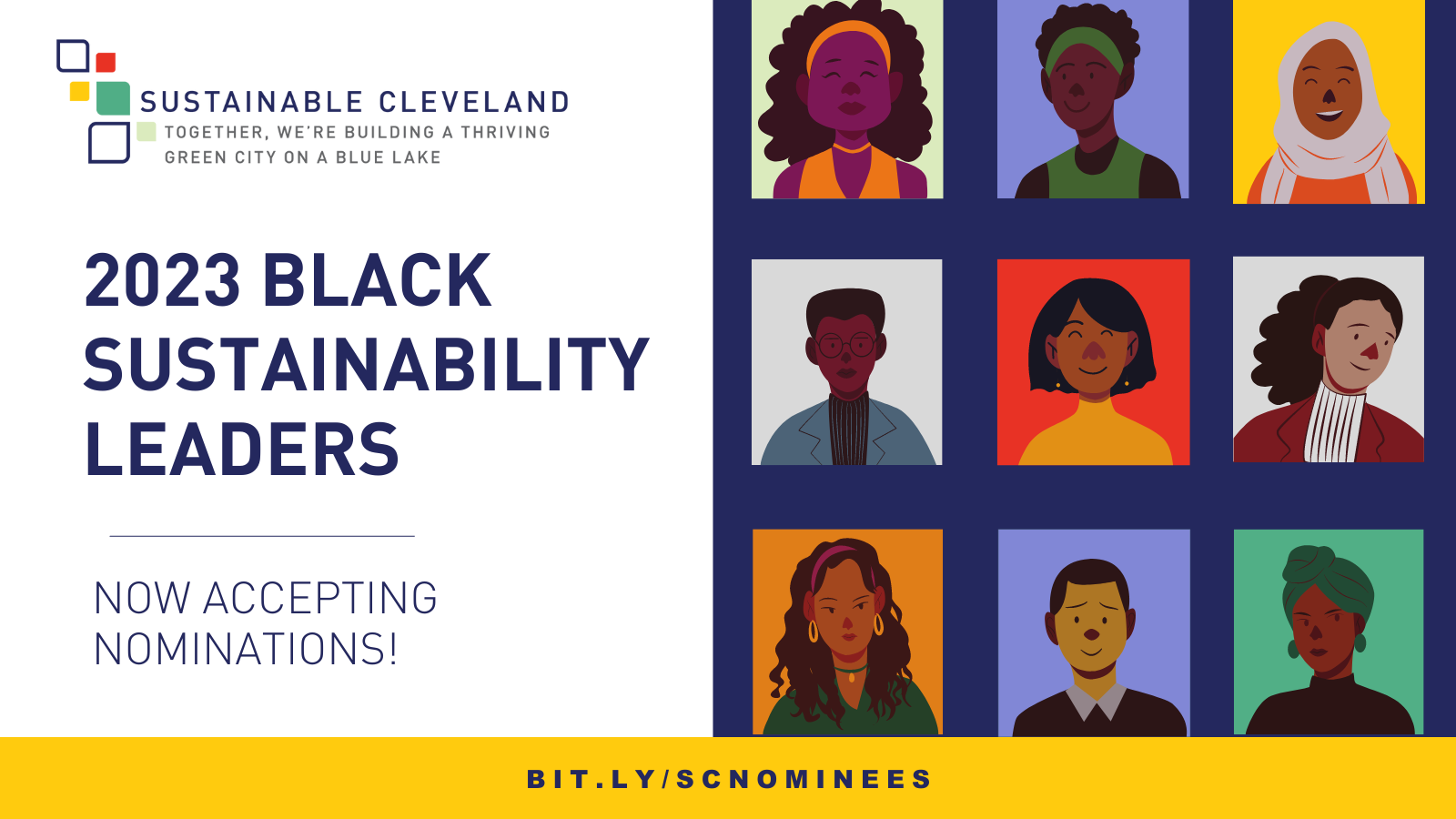 The City of Cleveland - Mayor's Office of Sustainability & Climate Justice invites the general public to submit nominations for the 2023 Black Sustainability Leaders! Walk n' talk with us during your lunch break 🚶 to learn about all things sustainability!

Do you know what Sustainability means? Join us every Monday, Wednesday, and Friday during your lunch break to learn about the sustainability efforts happening in Cleveland like the Rain Garden on the corner of East 9th and Lakeside Avenue and the hybrid and all-electric cars in the Willard garage. For a special event, on April 29th grab your walking shoes and camera to snap your photo for the City Nature Challenge!

Meet us at the front entrance of City Hall at noon.

Register for the Walk n' Talk Sustainability Club to receive route information and other notices. 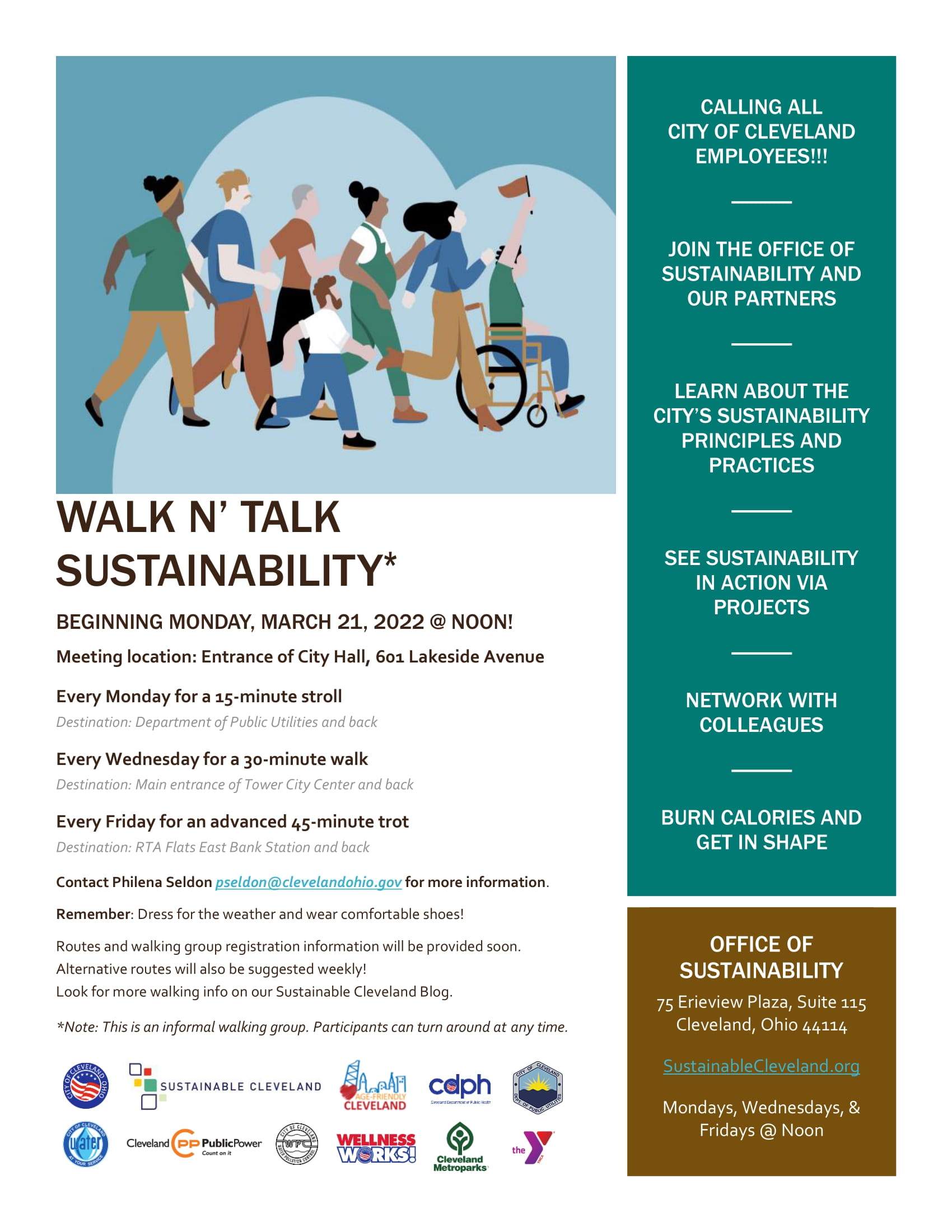 Wrapping Up the Rain Barrel 2021 Program 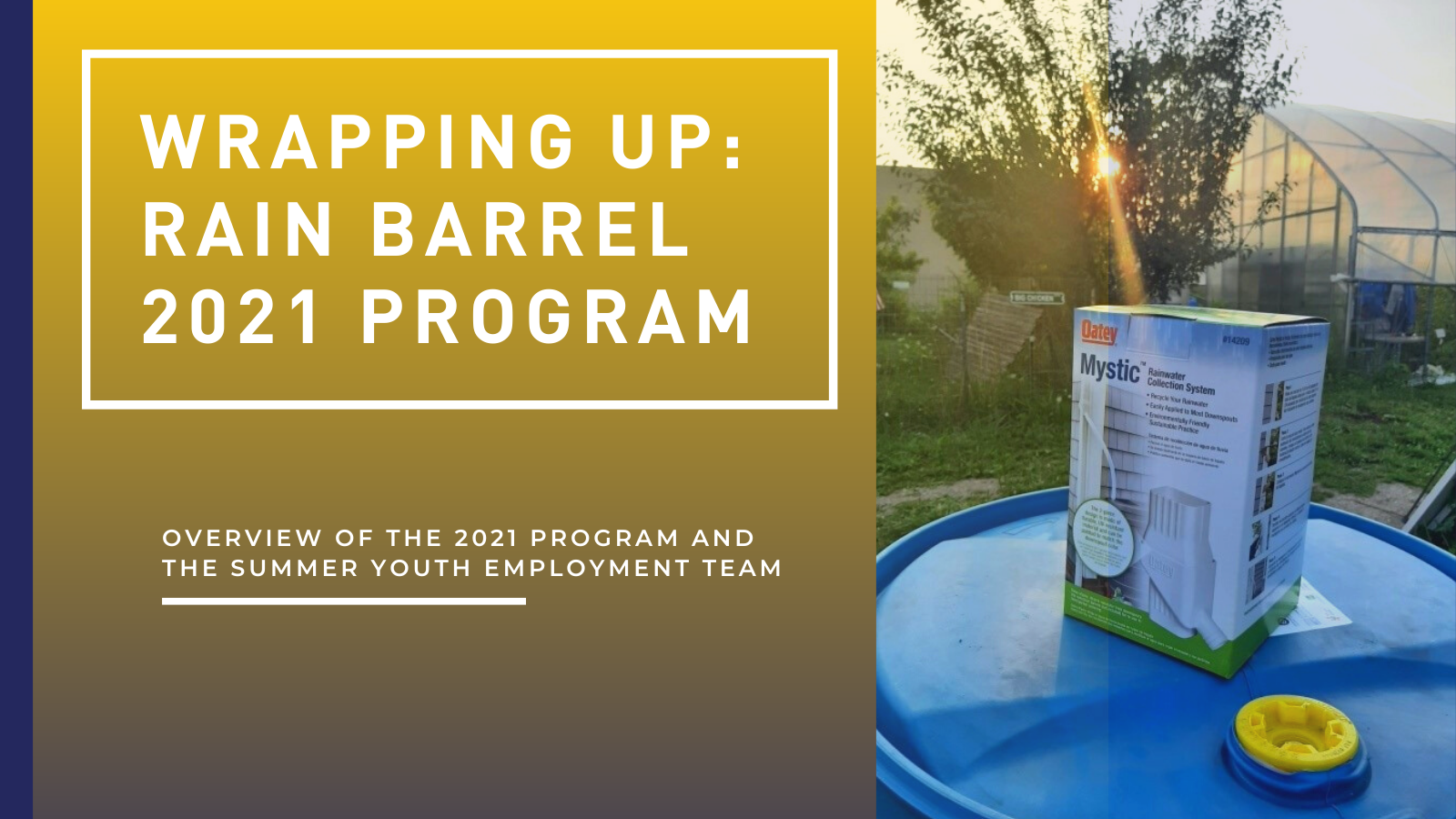 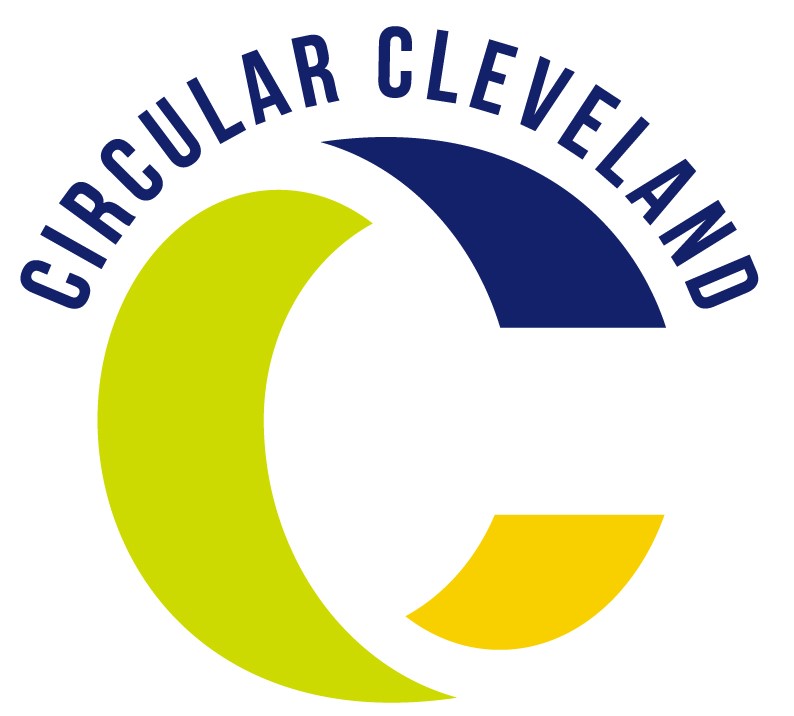 WHAT IS CIRCULAR CLEVELAND?

Circular Cleveland is a 30-month initiative to develop and implement circular economy strategies and programs in Cleveland. A circular economy is a comprehensive and sustainable approach to provide community-wide benefits by designing waste and pollution out of our economic system, keeping products and materials in use as long as possible, protecting and regenerating natural systems, and creating new jobs.

The Circular Cleveland initiative is a partnership between the City of Cleveland, Cleveland Neighborhood Progress and Neighborhood Connections. In addition, we have recently joined the Ellen MacArthur Foundation network - a collection of other governments, cities, universities, and businesses, determined to actively collaborate, share knowledge and expertise to drive the global transition to a circular economy. The initiative is being funded by a $476,000 grant from the Robert Wood Johnson Foundation as part of a $3 million program to bring the most impactful ideas from across the globe to U.S. cities to address the intertwined issues of health, equity, and climate change.

The duration of the grant is November 2020 through April 2023 - and is split into two phases of implementation:

We are pleased to announce the first round of funding (phase I) for the Circular Cleveland Community Grants. A total of $40,771 was awarded through this process to fourteen (14) groups and organizations in the city of Cleveland and city of East Cleveland. Circular Cleveland grant award recipients are utilizing the funds to divert waste from the landfill and reduce pollution, keep products and materials in use and restore and renew the natural system.

The Circular Cleveland Grant Making Committee, all local residents involved in Circular Economy initiatives, chose these groups and organizations for funding based on their level of focus on circular economy principles, on their connection to their neighborhood, and on the potential replicability of their initiative. Congratulations to these groups and organizations: 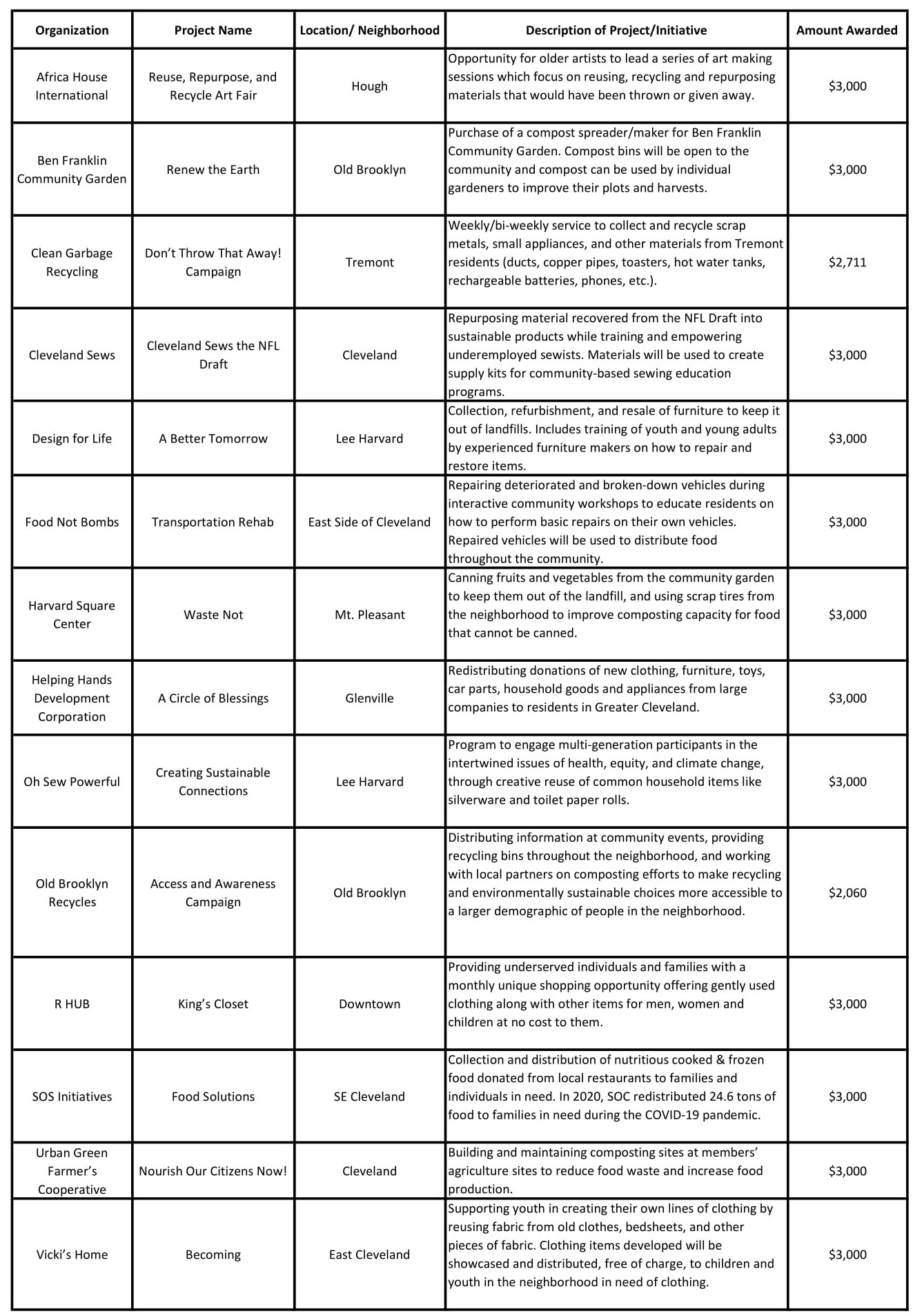 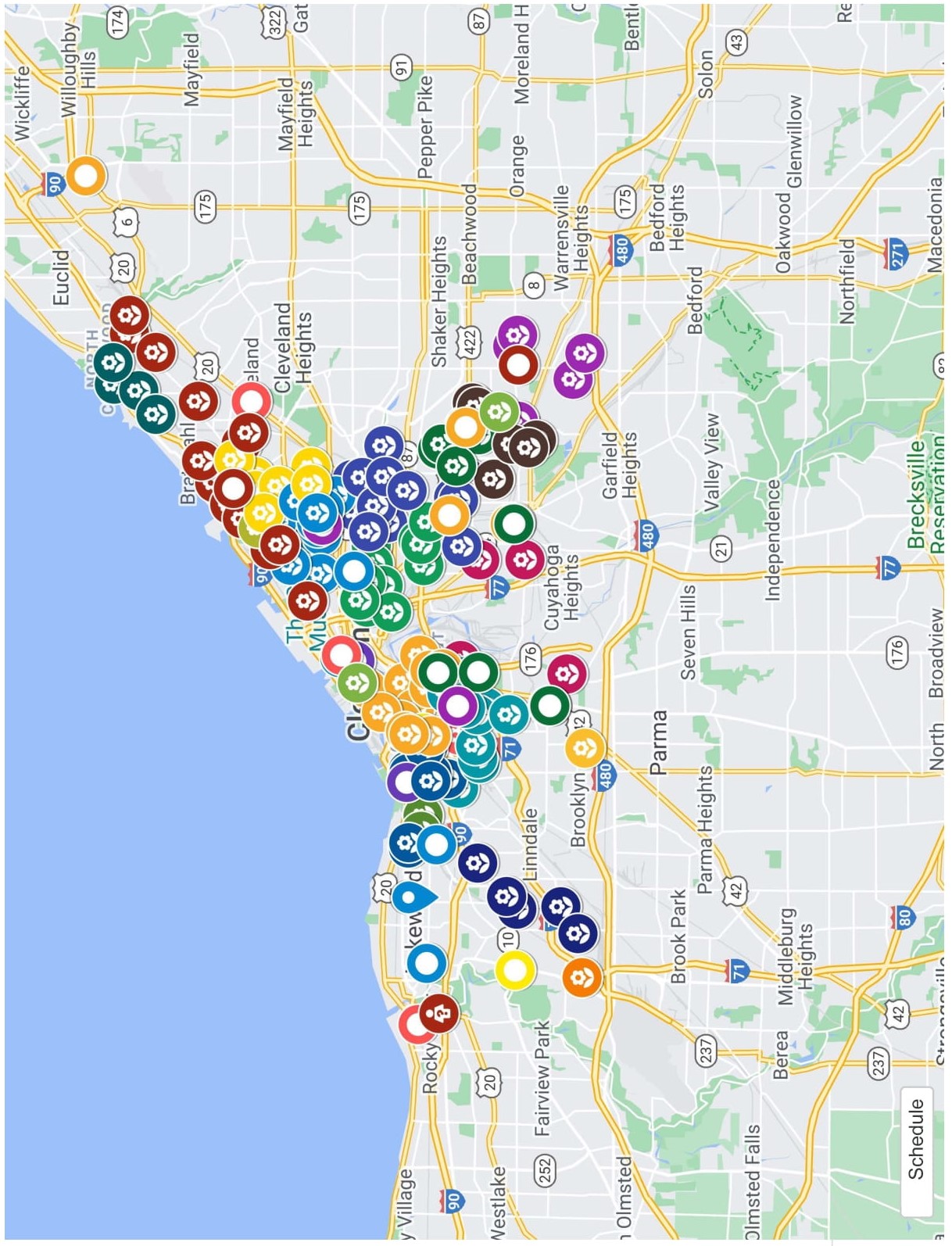 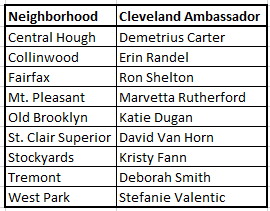 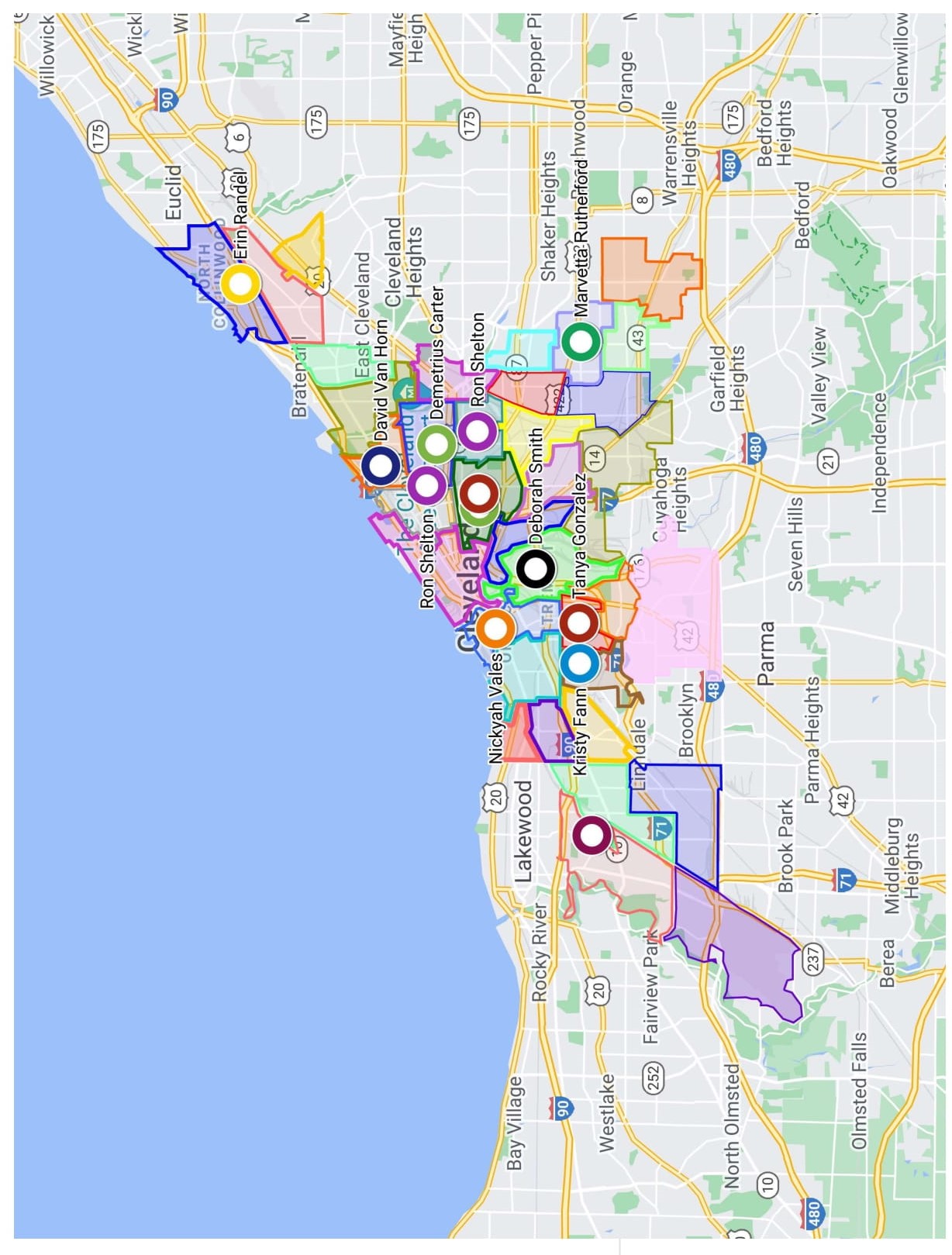 Circular Cleveland will build on existing efforts to create circular economy strategies in Cleveland. Through innovation incentives and joint efforts, the project hopes to advance better environmental and community health outcomes for Cleveland residents. As we continue to make progress, all updates will be shared on our blog.

Scooting into Summer: Key Tips for a Good Ride 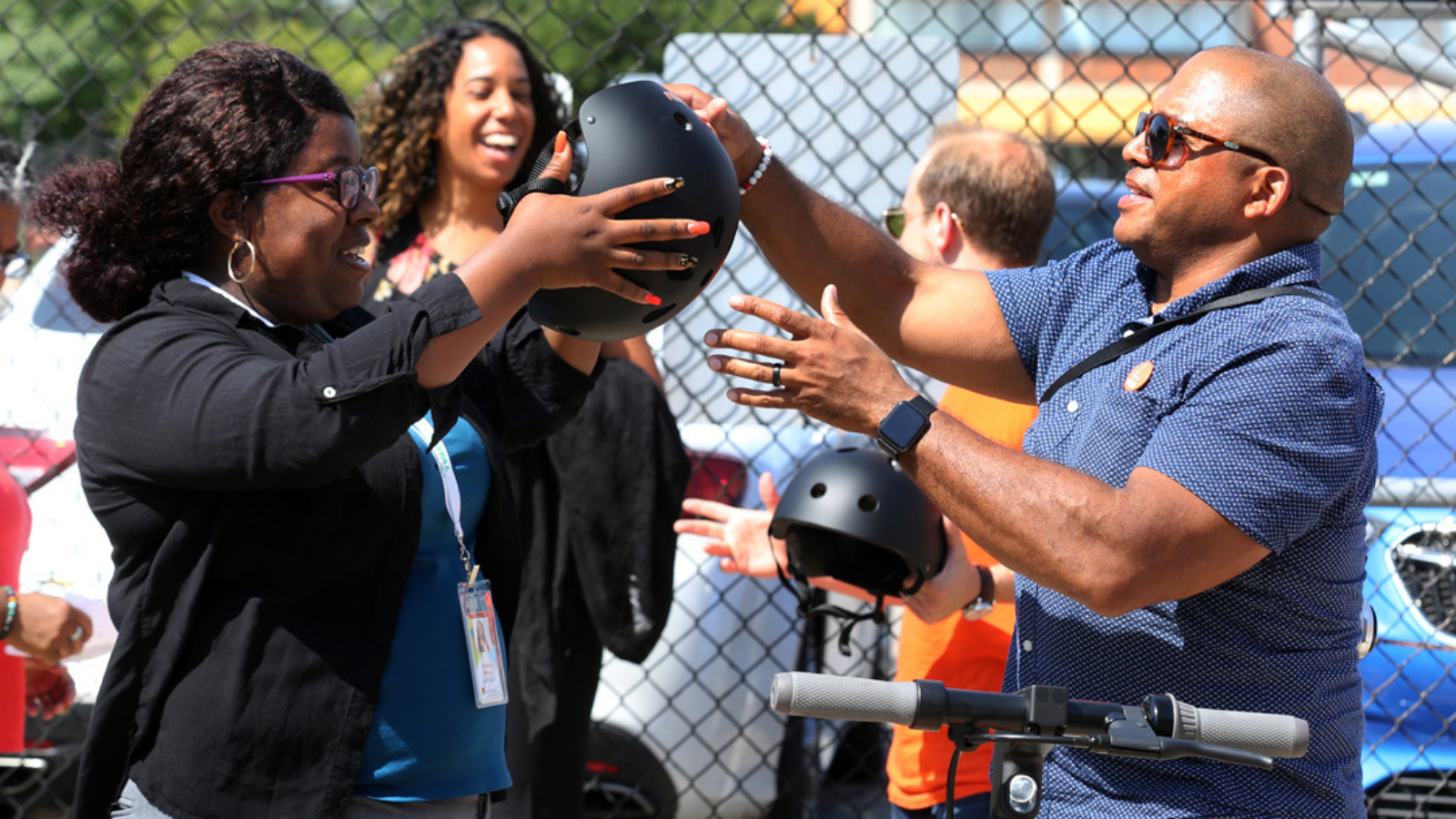 You may have seen orange, green, and black scooters on sidewalks around town and wondered what they’re for and how to use them. Or maybe you are a UHBikes bikeshare aficionado and are curious about what’s next for bikeshare in Cleveland.

Learning to See the Beauty in Nature: A Walk through the Garden

The act of gardening is an ever-evolving learning process. There is always something to tend to, from watering, weeding, or pest management. It can get frustrating at times, especially when a garden is carefully planned with specific plants and some do not survive or plants show up that you don’t want. However, gardening also teaches patience and flexibility and to expect the unexpected.

“For fashion, a circular economy means ensuring that products (apparel, footwear, accessories) are used more, are made to be made again, and are made from safe and recycled or renewable inputs”. - Excerpt taken from Vision for a circular economy for fashion - Ellen MacArthur Foundation (2018)