The City of Cleveland Office of Sustainability announced today a new community-wide collaboration to reverse an annual trend of 97 acres of tree canopy loss. 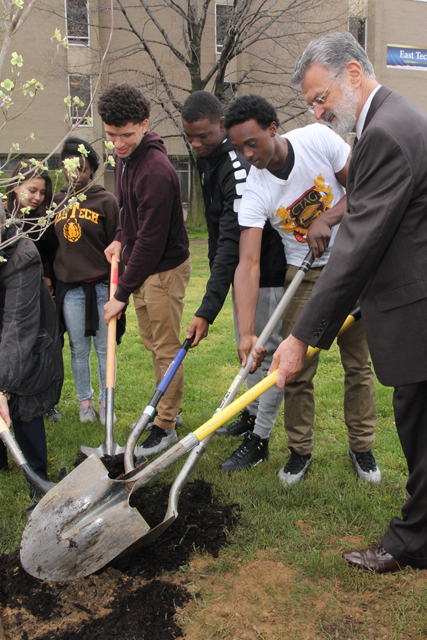 The Cleveland Tree Plan was created through a partnership between the City of Cleveland, Cleveland Neighborhood Progress, Holden Arboretum, LAND Studio, and Western Reserve Land Conservancy. The plan is a comprehensive assessment of the city’s current urban forest and a unified strategy to reclaim the city’s lost canopy.

Reclaiming Our Moniker: Cleveland was once nicknamed The Forest City, but we have lost about 100,000 public trees since 1940. By implementing the actions in the tree plan, we will  recognize tress as a critical community infrastructure, reverse the trend of canopy loss, and assume full stewardship for the tree infrastructure.

The Benefits of Trees : The City of Cleveland’s urban forest intercepts 21 billion gallons of rainwater every year, removes 42,000 tons of air pollution every year, and increases property values by an estimated annual $4.5 million. In addition, our urban forest helps maintain a habitat for wildlife, improves business districts, and blocks noise and pollution by almost 50% for those living near highways.  As canopy continues to drop, so do the benefits they provide, with lower canopy neighborhoods feeling the impacts first.