A key part of developing Cleveland's Climate Action Plan involves calculating the greenhouse gas (GHG) emissions that result from energy use, transportation, industrial activities, and waste. This GHG inventory, or carbon footprint, in the base year of 2010 was 12,516,977 metric tons of carbon dioxide equivalent (MTCO2e). For comparison, 1 MTCO2e is the same as driving 2,000 miles in a car that averages 23 miles per gallon, or flying 3,700 miles by commercial airline (e.g. one round-trip from Cleveland to Las Vegas).

Greenhouse gas (GHG) emissions for the City of Cleveland from 2010 to 2018 are shown below. Since 2010, the City has seen a 7% percent reduction in overall GHG emissions from 12.52 to 11.65 million metric tons of carbon dioxide equivalent (MT CO2e). On a normalized emissions/real Gross Domestic Product (GDP) basis, based on Cuyahoga County GDP, we are observing an 11% reduction in 2018 numbers compared to 2010, showing signs of positive de-coupling. As the economy has improved, emissions have actually gone down during these years. 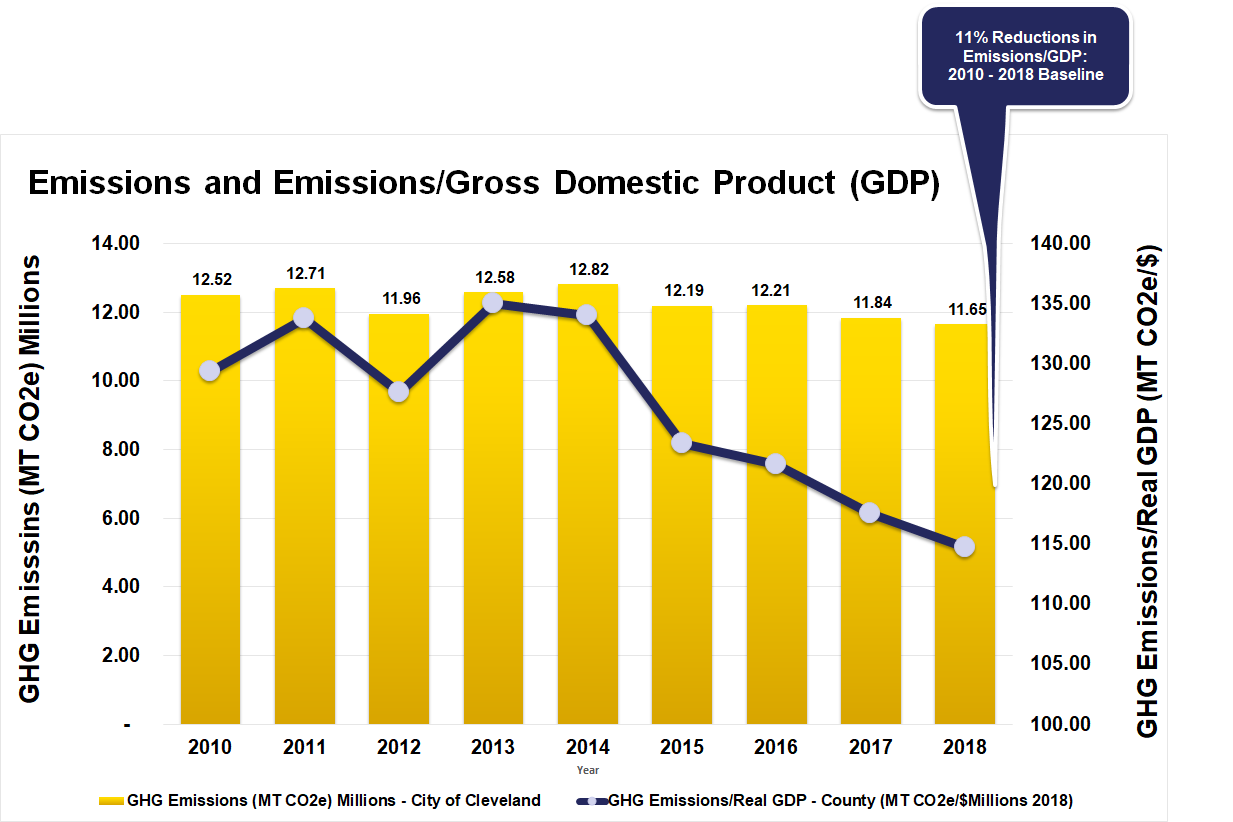 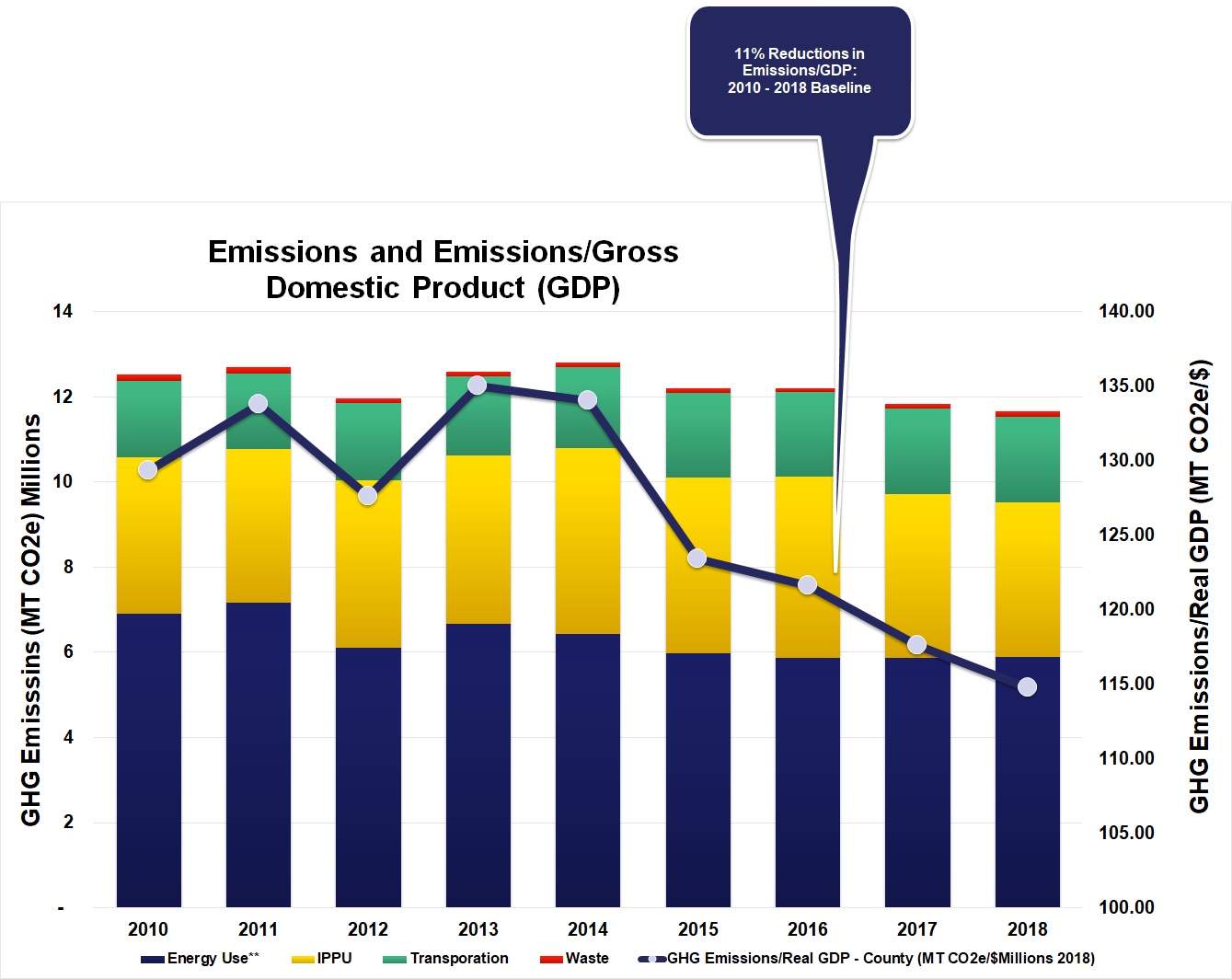