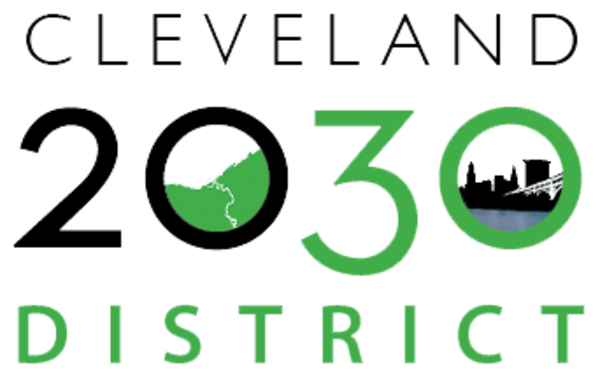 The Cleveland 2030 District is a non-profit organization with a mission to engage progressive property owners, professional partners, and community stakeholders to create a dramatically efficient built environment in Cleveland. Cleveland is one of 15 cities across North America supporting Architecture 2030’s Challenge for Planning, which calls for 50 percent reductions in energy and water consumption as well as CO2 emissions from commuter transportation by the year 2030. In fact, Cleveland was the second District founded after Seattle, and grew out of a working group of Sustainable Cleveland 2019.

2016 has been a successful year for C2030D. In 2016 we added 10 more Property Adopters and over three million square feet of commercial space. At year-end, we had the commitment of a total of 50 Property Adopters representing 179 buildings and over 40 million square feet of participating properties. This is a 36% participation rate in our combined Downtown and University Circle boundaries. As of May 2016, 2030 properties with accurate and complete Portfolio Manager accounts were performing at a 21.33% reduction from baseline, which hits our 2020 target of a 20% reduction four years early. Collectively, these properties reduced carbon emissions by 70,430 metric tons, the equivalent of removing 14,877 cars from the road for one year.

We worked closely with the City’s Office of Sustainability this year to promote the Year of Sustainable Transportation and encourage our members to take the Commuter Choice Challenge and attend related events. We successfully set a baseline for measuring reductions in commuter transportation emissions and launched our Transportation Survey to track progress from this baseline both at the individual building level as well as District-wide.

In 2017, we will continue to develop our water baseline and further integrate water consumption into our performance benchmarking.

In 2016 we formed a collaborative joint programming initiative. Cleveland 2030 District, COSE, ASHRAE, AIA, NEO USGBC and the City of Cleveland offered six educational sessions that were all a huge sell-out success. Keep an eye out for the Building Education Series 2017, presented by the same six organizations on topics ranging from retrofits for historic buildings to project financing options. We are already working to plan our 2017 green building tour series in collaboration with USGBC, which was also hugely successful in 2016. These tours will begin in the spring and last throughout the fall, and tend to feature the great work of Cleveland 2030 District Property Adopters.

We also collaborated with Cleveland State University to give engineering students hands on experience in performing energy audits. Two of Cleveland 2030 District’s properties received an audit from the students led and supervised by their professors. We hope this will become a standard part of CSU’s curriculum and that we can partner on more audits in the future.

Thanks for the update, and congrats on a fantastic 2016!